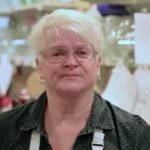 On April 21, 2017, hundreds of faithful gathered for the We Stand With God Pro-Family Rally at Liberty Plaza next to the State Capitol in Atlanta.

We joined together immediately afterward for Counting the Cost – The Price of Faith in America Today. At luncheon, we heard the testimony of Barronelle Stutzman, the 72-year-old florist who was sued by a long-time client and the ACLU, and fined by the State of Washington, all for living her faith.

The General Assembly met this week for Days 39 and 40, the final days of the 2017 Legislative Session. We had a largely successful Session, with no gambling bills passed (despite the efforts of over 60 gambling lobbyists), a limited expansion of medical marijuana (with no cultivation), and a Religious Freedom Restoration Act (RFRA) started in process to push for next year.

Thank you to so many of you who helped make this possible. Your responses to Action Alerts, calls and e-mails to lawmakers, posts on social media, calls in to talk radio, speeches at rallies, resolutions at conventions, conversations with friends at church and neighbors in your community, and visits to the Capitol were invaluable help.

We’ll provide a more detailed legislative summary next week, but in the meantime, a quick recap:

No Casinos, No Horses, No Internet Sports Gambling

Despite the efforts of over 60 registered gambling lobbyists (more than one for every state Senator), casino gambling bill HB 158 got no further than a hearing after Crossover Day before the House Regulated Industries Committee. (No hyperlink here because the current version still isn’t posted.) Companion Senate bill SB 79 didn’t even get that far.  Either bill will have to pick up next year with a committee hearing and vote. SB 79 provides for two (2) “destination resorts, HB 158 allows for four (4), and an accompanying proposed constitutional amendment would pave the way for up to six (6).

Horse racing, which had a bill and hearings last year, was not even introduced this year, save for a last-minute proposed amendment to the Internet sports gambling bill, below.

HB 118 daily fantasy sports (DFS), more correctly Internet sports gambling, passed the House but got no vote in the Senate. It now drops back and would have to clear the Senate Regulated Industries Committee and the Senate Rules Committee again next year to be eligible for a Senate vote. An earlier attempt by the bill’s sponsors to tack on their bill (along with a yacht repair tax credit) as an amendment to a completely different SB 156 local tax bill, also failed when it was stripped back out.

On Day 39, the House passed a substitute to SB 16, and on Day 40, the Senate agreed to those changes. Not as expansive as the original House version HB 65, this compromise bill:

We will be fighting hard next year against HR 36, a proposed state constitutional amendment to allow cultivation.

RFRA in Process for Next Year

SB 233, to adopt the federal Religious Freedom Restoration Act of 1993 into state law, was introduced in the Senate this year and assigned to the Senate Rules Committee. We will pick up there next year.

Late on Day 39, Senators also introduced a “local RFRA” amendment to HB 257, so that local governments would have to abide by federal standards for religious non-interference in order to receive state funds. In the end-of-session rush, this and all remaining bills were tabled at midnight on Day 39. It did not have time for a vote on Day 40, but also remains eligible for next year.