You are here: Home / Archives for Uncategorized

Congressman Jody Hice gave a compelling charge to the crowd by reminding us it is our responsibility to elect worthy members to Congress who will abide by the Constitution as it is written. Rep. Hice quoted President James Garfield, “Now more than ever the people are responsible for the character of their Congress. If that body be ignorant, reckless, and corrupt, it is because the people tolerate ignorance, recklessness, and corruption.” James Garfield, in his speech titled “A Century of Congress”, July 1877

Congressman Jody Hice was born in Atlanta and raised in Tucker, Georgia. Representative Hice graduated from Asbury University, earned his Master’s degree from Southwestern Baptist Theological Seminary, as well as a Doctor of Ministry from Luther Rice College and Seminary. Congressman Hice served as pastor in three Georgia counties for almost 25 years, and went on to launch the Jody Hice Show, a conservative talk radio program. Congressman Hice and his wife of over thirty years, Dee Dee, reside in Greene County and have two daughters and four grandchildren. Congressman Hice took office in 2015 as the Representative of Georgia’s 10th Congressional District and serves on the House Committee on Oversight and Reform and the House Natural Resources Committee. For the 116th Congress, he serves as Ranking Member of the Subcommittee on National Security for the Committee on Oversight and Reform.

Matthew Charles, a Tennessee man jailed in Kentucky, was one of the first prisoners released under a sweeping criminal justice reform law recently signed by President Donald J. Trump. Matthew Charles, a former drug dealer and convict was released thanks to his exemplary behavior and changes in US law.

Childhood was rough for Matthew Charles and his brothers and sisters. His family lived in cramped public housing in North Carolina, and his father was violent with Matthew and his brothers. Matthew got out of the chaos as soon as he could, joining the Army at age 18.

When he was discharged, though, it seemed he hadn’t really left any of that dysfunction and hopelessness behind him, and he started dealing drugs. What followed was nearly a decade during which he was, in his own words, a “dangerous criminal.” He spent about five years in prison.

At age 30, he was arrested for selling 216 grams of crack cocaine to an informant and illegally possessing a gun. He was given a 35-year sentence. At his sentencing in 1996, the judge described him as “a danger to society who should simply be off the streets.”

There would be few people who would disagree. But then something happened.

In prison, Matthew could easily have crawled deeper into his shell of anger. But he didn’t. In fact, for the next two decades, Matthew didn’t receive a single disciplinary infraction. His prison life was directed at what the judge who resentenced him all those years later called “exemplary rehabilitation.” He immersed himself in Bible studies. He became a regular at the law library — but not just to work on his own case. He helped illiterate prisoners understand the letters they received from the courts, and he drafted filings for them. He took college courses and became a law clerk. And most important, Matthew became “genuinely repentant of his life before encountering the Grace of Christ, not offering empty excuses about his past, but taking ownership,” as a pastor would later describe him.
In 2013, Matthew applied for a sentence modification because the Sentencing Commission had retroactively lowered guideline ranges for drug offenses. At his re-sentencing hearing, Judge Kevin Sharp commended his rehabilitation and reduced Matthew’s sentence.

Matthew left prison in 2016. He didn’t have much to call his own at that point, but the positive outlook that he’d honed over decades behind bars helped him gain traction. He moved to Nashville, got a job as a driver, reconnected with his family, volunteered weekly at a food pantry called the Little Pantry That Could, and became deeply involved in his church. His boss praised his work as “meticulous,” and at the food pantry, the director said that Matthew was “one of the most amiable and friendly participants we have ever had.”

But after a year and half of freedom, the court reversed the reduction in sentence, citing an error in his release. Remarkably, Matthew was sent back to prison. He was determined to keep bitterness at bay, but going back to prison was incredibly difficult for Matthew—and many people felt the same way. A local reporter told his sad story, and celebrities and advocacy groups threw their support to his cause, hoping he might receive executive clemency.

In the end, though, it was the First Step Act that saved Matthew from decades more behind bars. Signed into law by President Trump December 21, 2018, the bill includes a provision to apply the Fair Sentencing Act retroactively, which the government agreed would allow for Matthew’s immediate release.

On January 3, 2019, he left prison. A man of few words, he nonetheless has many smiles, especially for the people who supported him after his return to prison and championed the legislation that released him for the second time. He has thrown himself into advocacy and giving God all the glory.

Happy New Year my friends!  As we all consider our resolutions, I hope you will join me in making this year dedicated to making your state and your community a better place by becoming involved with Faith and Freedom Coalition of Georgia.

What can you do to get involved?

If you aren’t sure where to start, contact us so we can send one of our staff out to speak to your church or group. We can give you a presentation on our mission and how you can be a part of it.

We offer Citizen Action Seminars where we train you on how to become an effective force in advocating for the issues that really matter whether it be before your school board, local government, or state legislature. These seminars typically last 4-5 hours and are best with groups of 10 or more.

If you have a committed group that wants to jump in and help us, there is no better way than to form a local FFCGA Chapter in your community. We can provide you with everything you need to get started. Just a few months ago we assisted concerned citizens in Carroll County in starting their own chapter!

There are many challenges ahead but we can face them — all that is missing is you!

A great place to come learn more about us will be our Legislative Luncheon on February 19 at the Georgia Freight Depot.  I hope to see you there! 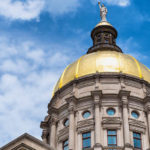 To see how your own House member scored, click here FFCGA2019HouseScorecard

To see how your Senate member scored, click here FFGA2019SenateScorecard

There is no perfect way to score a legislator. Which votes to score? We score votes that we think reflect the values of Faith & Freedom Coalition. Usually we have made our position clear well ahead of the vote. To avoid favortism, we choose the bills before we look at the vote record. How do we score missed and excused votes? Some votes are missed or excused for legitimate reasons; sadly, some are just to avoid voting on a difficult issue. So we count all missed or excused votes as “NO” votes. except we give grace for one if all the other votes are aligned. Do we score bills introduced but not put up for a vote? No, we may in the future, crediting of debiting bill sponsors and signers. Some great legislators may not get a perfect score for a number of reasons. We encourage you to look at a variety of measures to evaluate your legislators.

For more detailsed information on the bills we scored (and any others) go to http://www.legis.ga.gov

On that page locate the search feature in the upper left hand side of the page. Select HB or SB and insert the bill number in the box. This leads to a detailed description and history of that bill.

Join us to hear the Republican candidates for Governor, Lt. Governor and Secretary of State in their last forum before the July 24th Primary Run-off election. Each candidate will speak, then answer a series of questions. There is no cost for tickets, but registration is needed. Register here.

Faith & Freedom Coalition of Georgia does not endorse candidates for office. This is an educational civic event.